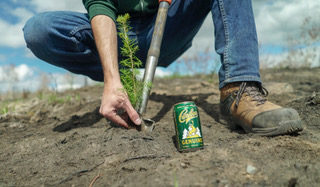 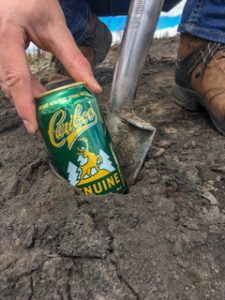 Pacific Western Brewing/Cariboo Brewing’s “Cariboo Cares” reforestation program has continued this summer with the planting of more than 70,000 Spruce and Lodgepole Pine seedlings about 50 km southwest of Prince George.

PWB CEO Taizan Komatsu says: “At PWB we believe in investing where we live and our ongoing reforestation program is a vital component of our commitment to Prince George and, indeed, all of BC.”

The brewery’s General Manager Scott Rattee says: “This year’s planting comes at a critical time for the forestry-dependent Interior. The downturn in the forest sector has taken a heavy toll with several hundred direct and in-direct jobs lost in Prince George and neighbouring Interior communities.”

Forester Neil Hughes, in the Ministry of Forest Lands’ Resource Practices Branch, says: “The unprecedented mountain pine beetle outbreak followed by catastrophic fires in 2017 and 2018 are going to require a huge effort to reforest. Having local companies like PWB recognize the situation and, more importantly, step up to do something to help is a wonderful example for others to follow.”

Taizan agrees: “To be able to help regenerate new forests in joint effort with the provincial government on Crown land is what the Cariboo Cares campaign is all about and it is good for BC.”

Last year, PWB, and its customers, funded the planting of thousands of seedlings at the site of the devastating Elephant Hill fire east of 70 Mile House.